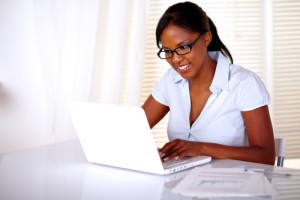 Jack was a typical teenager. Overweight. Insecure.
A bit soft and naive.
Then one day, he had a dream.
One in which he felt energetic, powerful, self-assured.
That dream stirred Jake.
It created a hunger that demanded to be fed.
So he started going to the gym.
He ran on the treadmill. He lifted weights.
His mind was on fire with visions of change, of success.
He read everything he could get his hands on, sought out role models and asked for help.
He worked hard, really really hard.
He tried new exercises. Modified his routines and his diet.
And slowly, but surely, it worked.
Jake’s desire and discipline transformed him.
His dream became his reality.
Then one day, Jake forgot how to dream.
When he looked at the weights he saw the reality of pain, not the instruments of possibility.
He became bored and comfortable.
He wanted to relax, to cruise for a while.
So he searched out information and voices that validated his new desire.
And he found them.
Jake breathes easier now. He’s created an environment and routine that make him feel good.
And so, he’s done growing.
Jake reminds me of so many organizations.
Jake was moved by a dream, by a burning desire to create a new future.
And so he grew.
But then he became contented, tired of the hard work and tedium of the fundamentals.
So now he dabbles with new fangled approaches.
He rationalizes his feel good routines.
He talks dispassionately, like an accountant.
Jake has matured. He’s smart. He’s a realist.
And his impassioned dream is nothing but a fond and distant memory.

J.R.R. Tolkien wrote, “A single dream is more powerful than a thousand realities.” Reality is for wimps.