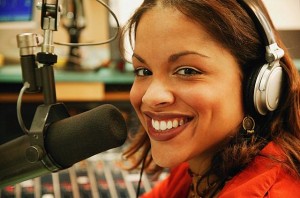 Your knowledge will reach critical mass..

Your boss will give you the go ahead..

Your family situation will be stable..

The competition will stop innovating..

The traffic jam will cease..

There won't be any computer viruses to deal with, and

You can act, you can launch your project, you can make the impact you've been planning on.

Of course, all of these things won't happen. Why not act anyway?

[While others were hiding last year, new products were launched, new subscriptions were sold and new companies came into being. While they were laying low, websites got new traffic, organizations grew, and contracts were signed. While they were stuck, money was being lent, star employees were hired and trust was built.

Most of all, art got created.

That's okay, though, because it's all going to happen again this year. It's not too late, just later than it was...

Get started and Good Luck....

Do more or do better which one is for you?

The easiest form of management is to encourage or demand that people do more. The other translation of this phrase is to go faster.

The most important and difficult form of management (verging on leadership) is to encourage people to do better.

Better is trickier than more because people have trouble visualizing themselves doing better. It requires education and coaching and patience to create a team of people who are better.

Every project (product, play, event, company, venture, non profit) has a million tasks that need to be done, thousands of decisions, predictions, bits of effort, conversations and plans.

But what's the hard part?

The CEO spends ten minutes discussing the layout of the office with the office manager. Why? Was that a difficult task that could not only be done by her? Unlikely.

The founder of a restaurant spends hours at the cash register, taking orders and hurrying the line along... important, vital, emotional, but hard? Not if we think of hard as the chasm, the dividing line between success and failure. No, the hard part is raising two million dollars to build more stores. Hard is hiring someone better than you to do this part of the job.

Hard is not about sweat or time, hard is about finishing the rare, valuable, risky task that few complete.

Don't tell me you want to launch a line of spices but don't want to make sales calls to supermarket buyers. That's the hard part.

Don't tell me you are a great chef but can't deal with cranky customers. That's the hard part.

Don't tell me you have a good heart but don't want to raise money. That's the hard part.

Identifying which part of your project is hard is, paradoxically, not so easy, because we work to hide the hard parts. They frighten us.

Does Competition Scare You?

he number one reason people give me for giving up on something great is,

"someone else is already doing that."

Or, parsed another way, "my idea is not brand new."

Or even, "Oh no, now we'll have competition."

Two big pieces of news for you:

1. Competition validates you. It creates a category. It permits the sale to be this or that, not yes or no. And this or that is a much easier sale to make. It also makes decisions about pricing easier, because you have someone to compare against and lean on.

2. There are over six billion, no - SEVEN Billion!, people in the world. Even if your market is hand-made spoke shaves for left-handed woodworkers, there are more people in your market than you can ever hope to track down.

There are lots of good reasons to abandon a project. Having a little competition is not one of them. Even if it's Google you're up against.

A check in your wallet does you very little good. It represents opportunity, sure, but not action.

Most of us are carrying around a check, an opportunity to make an impact, to do the work we're capable of, to ship the art that would make a difference.

No, the world isn't fair, and most people don't get all the chances they deserve. There are barriers due to income, to race, to social standing and to education, and they are inexcusable and must fall. But the check remains, now more than ever. The opportunity to step up and to fail (and then to fail again, and to fail again) and to continue failing until we succeed is greater now than it has ever been.

As Martin Luther King Junior spoke about a half a lifetime ago,

"We are now faced with the fact, my friends, that tomorrow is today. We are confronted with the fierce urgency of now. In this unfolding conundrum of life and history, there is such a thing as being too late. Procrastination is still the thief of time. Life often leaves us standing bare, naked, and dejected with a lost opportunity. The tide in the affairs of men does not remain at flood -- it ebbs. We may cry out desperately for time to pause in her passage, but time is adamant to every plea and rushes on. Over the bleached bones and jumbled residues of numerous civilizations are written the pathetic words, "Too late."