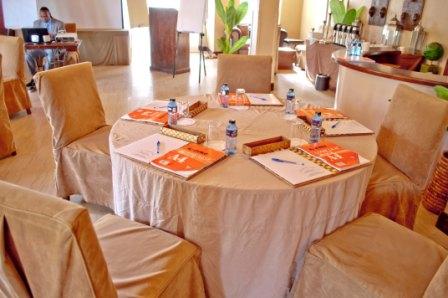 As we all know, presentations can be either informative, interesting and inspiring or bland, boring and just plain bad. (Couldn’t resist the alliteration, eh.) What is interesting is that given the fact that both the presenters and the audience are usually drawn from the same pool of people, and no-one likes to attend boring presentations, why does it continue to happen? Doesn’t everyone already know what makes a dreadful presentation and what to avoid when making one?

I thought I’d ask for input and the results, sure enough, confirm what we all know to be true. The question remains therefore, if we all know it to be true why does it continue to happen, but the answer to that one lies more in the realm of psychology rather than presentation, and that is beyond this writer’s brief.

The SurveyMonkey survey was constructed so as to first get an unprompted insight into what people thought were the Deadly Sins to be Avoided at All Costs and only then to quantify how bad they thought those Sins were.

So, to the results.

The spontaneous “top of mind” responses are probably most interesting since they are the best reflection of what people know is distracting or annoying. There was a lot of repetition – it’s not exactly a surprise that we all find the same things annoying. So, to save you wading through columns of identical entries, I’ve culled the responses to those which best give the general sympathies:

- making this ‘yyyy’ sound to fill the small pauses during the talk
- being in a rush
- Dreadful slides (full of text, bad design, colors)
- Bad content structure: plenty of obsolete information, no clear path through
- Apathy – if you’re not excited, we won’t be either
- reading lists of things off the screen
- mumbling
- not making eye contact
- Reading from the slides
- Too much information on slides (ie, writing it all out)
- Using PPT when other methods could be better
- Aggressive backgrounds (any coloured backgrounds basically);
- ‘volatile’ eye contact
- no conclusion at the end of the presentation
- Too much info on PPt
- Reading word for word from PPt
- Not knowing their audience
- Reading their slides
- Standing with their back to the audience, facing their slides
- Having lots of dense text/figures on their slides
- looking at the screen
- mumbling
- crap slides

We can see a pattern emerging there, right? 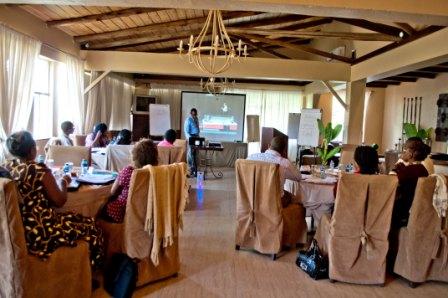 The numerical results are also interesting. All of the following Sins got a high annoyance value so I won’t bore you with details as we can take from it that all of them are to be avoided. The three most annoying Sins, according to the number of votes, are:

Then, flying in close formation, ie. given a very similar number of votes:

It is equally clear what makes a good presentation, all other things being equal. The responders were asked: “What things can a presenter do, apart from actually learning and practicing the presentation, to make you pay attention. Please rank the following in terms of importance.” (These were multiple clik answers, ie. they do not tally up to 100%)

And, at the top of the list, a whopping 83% said that reducing the amount of text on each slide was “absolutely vital”.

As “Really good to have but not fundamental to my taking things in” people rated the following practices:
Stop reading from notes
Shorten the presentation as much as possible
Simplify each slide’s graphics
Pay attention to the microphone and volume
Remember that no photo is better than a bad photo

Very few people clicked on any values below that which, for interest’s sake, were “Can live without it” and “Not important.” The moral of the story? It’s all important. Every aspect of giving a presentation to communicate anything is as vital as the others or else the whole thing falls to bits.

Finally, responders were asked to add a comment in case I had missed anything. Several suggested variations on “where possible, make it personal: tell a story rather than overloading us with data / facts”. One response stands out as, well, quirky: “A friend of mine, who is a marvellous speaker and presentation-maker, uses this technique at the beginning: before he says anything he puts up a big, strange eye which is turning upside down for 3 to 5 seconds, with a cracking sound. It is really good to make the crowd pay attention.”

While I personally would not suggest such anatomical approach every time, catching the attention of the audience is certainly required before they even beging to think about listening and then, finally, taking anything in. Perhaps we need a variation on the strange cracking eye…

We know what makes a good presentation. We’ve all seen them. So let’s resist the demons which taunt us and push us in the wrong directions.