How Much Frequency in Marketing...?? 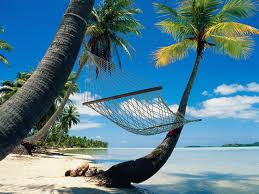 Take a reality check to determine how clearly you understand what your prospects are thinking each time they look at your advertisement.

The business takes a leap of faith and contracts to run a weekly ad in the local newspaper with a frequency of once a week for a full year. After five weeks, the results displease him so much that he cancels his contract.

Five ads in five weeks seems like a lot of frequency in marketing. Five exposures do, indeed, establish some momentum. But they don't even come close to create enough desire to motivate a sale. To truly comprehend how much frequency is enough to spark that sale, you've got to know just what your prospects think from each exposure. Here is exactly what each one thinks as he or she looks at the ad you've run:

The list you've just read was written by Thomas Smith of London in l885.

But here we are approaching the end of the l990's, so how much of that list is valid right now, today? The answer is all of it.

Topmarketerss know that the single most important element of superb marketing is commitment to a focused plan. Do you think commitment is easy to maintain after an ad has run nineteen times and nobody is buying? It's not easy.

But Topmarketers have the coolness to hang in there because they know how to get into a prospect's unconsciousness, where most purchase decisions are made. They know it takes repetition. This knowledge fuels their commitment. Anyhow, they never thought it was going to be easy.