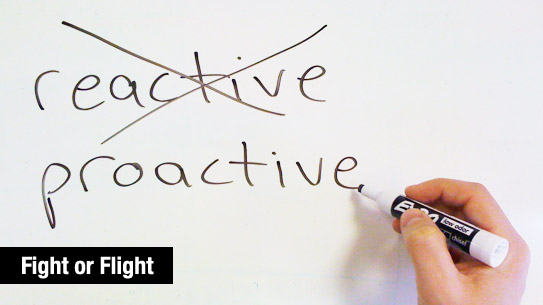 Despotic leaders, entrenched inequality and new forms of communication have all played a role in the political turmoil now shaking the Middle East. New research by economists at the International Monetary Fund points to another likely contributor: global food prices. Looking at food prices and instances of political unrest from 1970 through 2007, the economists find a significant relationship between the two in low-income countries, a group that includes Tunisia, Egypt, Sudan and Yemen. To be exact, a 10% increase in international food prices corresponds to 0.5 more anti-government protests over the following year in the low-income world, a twofold increase from the annual average. Given the recent trend in food prices, leaders of low-income countries, including China, might have reason for concern. In February, global food prices were up 61% from their most recent low in December 2008, according to the IMF.

In other words, when people are hungry, they'll roast their leaders.

This is an interesting stat to me because I've been saying for years that inflation will cause global unrest. The reason for this is that when people are afraid for their lives, they will fight for them.

In my book, Increase Your Financial IQ, I write about the fight or flight mentality that all people have as a result of our reptilian brain, or the subconscious. Most people are controlled by their subconscious brain, which can be your best friend or your greatest enemy. The problem is that most people don't know how to tell the difference and thus are ruled by their reactive subconscious.

Rising food prices is a good example of this. Most people don't like their government, but they are too afraid to do anything about it. It's much easier to go about your business and stay out of trouble, even if you're unhappy.

But when people get hungry, they get desperate. Hungry people are backed into a corner and have no choice but to fight. In this case, rising food prices can lead to government protests and the overthrow of governments—it is often fear, not conviction behind these protests.

But the problem is that once the battle is won, there's no strategy for where to go from there. That leaves the void for those in power to sweep in and take advantage both politically and financially.

The reason for this is that people who are rich and powerful have often learned to master their subconscious and use it to their advantage. Rather than be reactive, they are proactive. Often, the difference between the rich and poor, the powerful and the weak, is the ability to overcome the urge for flight and to proactively fight.

This is true for anyone. While you may not be facing starvation and a totalitarian government, you are facing challenges that force you to decide to either fight or take flight.

That business you want to start, what's holding you back? That investment you know is perfect, why haven't you pulled the trigger? That exercise program you know you need, why are you sitting on the couch instead?

The answer to most of our lost battles is that we haven't overcome our subconscious brain. It rules us with fear. We reactively take flight when we should be fighting, taking our challenges head on.

I don't know what battles you're fighting today, and I certainly don't know what kind of battles we'll all face as the global economic crisis continues, but I do know one thing: You have a choice.

Today, you can choose to fight or to take flight. I encourage you to proactively fight for those things you know are right and that will benefit you and your family both in happiness and in wealth.

As the old saying goes, it's time to take the bull by the horns.