The Art of Audacious Conversation.... 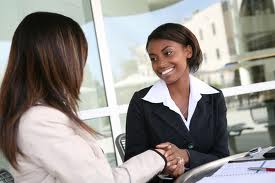 How does one get over their fear and start talking and networking with those that can help your business and career, from VC, directors, CEOs to possible partners?

Nothing in my life has created opportunity like a willingness to ask, whatever the situation.
Sticking to the people we already know is a tempting behavior. But unlike some forms of dating, a networker isn't looking to achieve only a single successful union. Creating an enriching circle of trusted relationships requires one to be out there, in the mix, all the time. To this day, every time I make a call or introduce myself to people I don't know, the fear that they might reject me is there. Then I push ahead anyway.

Most of us don't find networking the least bit instinctive or natural. Of course, there are individuals whose inherent self-confidence and social skills enable them to connect with ease.

Then there are the rest of us.
Mustering the audacity to talk with people who don't know me often simply comes down to balancing the fear I have of embarrassment against the fear of failure and its repercussions. For my father, either he asked or his family didn't have. For me, I either ask or I'm not successful. That fear always overrides my anxiety about rejection or being embarrassed.

Ultimately, everyone has to ask himself or herself how they're going to fail. We all do, you know, so let's get that out of the way. The choice isn't between success and failure; it's between choosing risk and striving for greatness, or risking nothing and being certain of mediocrity.
For many people, the fear of meeting others is closely tied to the fear of public speaking (a fear that consistently beats out death as the one thing we dread most). Some of the world's most famous speakers admit to feeling similar anxiety. As Mark Twain said, "There are two types of speakers: those that are nervous and those that are liars."

The best way to deal with this anxiety is to first acknowledge that our fear is perfectly normal. You are not alone. The second thing is to recognize that getting over that fear is critical to your success. The third is to commit to getting better.
Here are a few things you can do today to make good on that commitment and get more comfortable at being audacious in social situations: 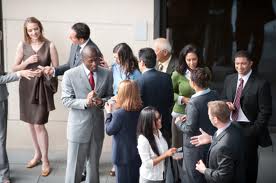 • Find a role model.
We're predisposed to seek out people like us--shy people tend to congregate with other shy people, and outgoing people congregate with outgoing people--because they unconsciously affirm our own behaviors. But everyone knows that one person within their group of friends and associates who seems to engage others with little or no fear. If you're not yet ready to take the big leap of addressing new people on your own, let these people help you and show you the way. Take them with you, when appropriate, to social outings and observe their behaviors. Pay attention to their actions. Over time, you'll adopt some of their techniques. Slowly, you'll build up the courage to reach out by yourself.

• Learn to speak.
Many businesses have responded to the nearly infinite number of people who recognize they need to become better speakers. These educational organizations realize you're not looking to give speeches to an audience of a thousand people (at least initially). Most people who come to them for help are looking to gain self-confidence and some trusty tools for overcoming shyness. They don't offer one or two simple quick-fix cure-alls. What they do offer is a chance to practice, in a non-intimidating environment, with an instructor who can guide and push you. There are hundreds of coaches devoted to this type of training. One of the most well known is the Dolphins Training & Consultants ltd who also have a Top Skills Public Speaking Club. It has helped many people hone their speaking skills and overcome their fears.

• Get involved.
You'll feel most comfortable when you're doing something you enjoy with others who share your enthusiasm. Any hobby is an opportunity to get involved: book club, singing, sports, literature. Clubs develop around all of these interests. Join up. Become an active member. When you feel up to it, become one of the leaders of the group. This last step is crucial. Being a leader in life takes practice--so practice! The possibilities for making new contacts and reaching out to others will grow and grow.

• Get therapy.
I know, I know, you're probably thinking, "He wants me to go to therapy to become better at talking to people?" Let me explain. One, I think merely acting on the desire to be better than you are now, no matter the venue, is a very important commitment. Two, some of the most successful people I know have been to a therapist at one point in their lives or another. I'm not suggesting therapy will make you a better people person, but it might help you address your own fears and social anxieties in a more productive way.

• Just do it.
Set a goal for yourself of initiating a meeting with one new person a week. It doesn't matter where or with whom. Introduce yourself to someone on the bus. Slide up next to someone at the bar and say hello. Hang out at the company water cooler and force yourself to talk to a fellow employee you've never spoken with. You'll find that it gets easier and easier with practice. Best of all, you'll get comfortable with the idea of rejection. With that perspective, even failure becomes a step forward. Embrace it as learning. As the playwright Samuel Beckett wrote, "Fail, fail again. Fail better."

Fear debilitates. Once you realize there's no benefit to holding back, every situation and every person--no matter how seemingly beyond your reach--becomes an opportunity to succeed.