Wealth in the Information Age..

Historically, there are four economic ages of humanity.

In the Hunter-Gatherer Age, humans relied on nature to provide wealth. They were nomadic and went where the hunting was good and the vegetation plentiful. You had to know how to hunt and to gather—or you died. For the hunter-gatherer, the tribe was social security. Socio-economically, everyone was even. They were all poor.

The Agrarian Age saw the rise of classes between people. Due to the development of technology to plant and cultivate the land, those who owned the land became royalty, and those who worked it became peasants. The royals rode horses while the peasants walked. Socioeconomically there were two groups, the rich and the poor.

While many people would place the beginning of the Industrial Age in the 1800s with the rise of factories, I actually think of it as beginning in 1492 with Columbus. When Columbus struck out to find the New World, it was to find new sources of valuable resources such as oil, copper, tin, and rubber. During this time the value of real estate shifted from growing crops to providing resources. This led to the land becoming even more valuable. And three classes emerged: the rich, the middle-class, and the poor.

Today, we are in the Information Age, where information leveraged by technology and inexpensive resources like silicon produce wealth. This means that the price of getting wealthy has gone down. For the first time in history, wealth is available to just about everyone. There are now four groups of people: the poor, the middle-class, the rich, and the super rich. 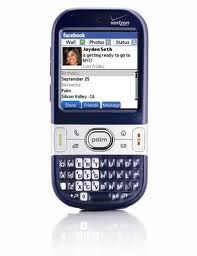 Thislast month I read about one of the major successes of the Information Age, Facebook. According to The Wall Street Journal, Facebook has struck a deal with Goldman Sachs and others to raise $500 million dollars in funding. The website is now valued at $50 billion. It's CEO, Mark Zuckerberg, is worth an estimated $6.9 billion. He's now part of the super rich. Not bad for a 26-year old college dropout.

In my travels, I've literally seen local people texting on their cell phones while riding on the back of a donkey cart. In classrooms all across the world the Internet is readily available and technology is second nature to most kids. Regardless of socio-economic class, information is largely free and abundant. For the first time in history, people can access information and learn about anything no matter whether they are rich or poor.

My rich dad once said to me, "Oil is valuable. Many people would love to own lots of oil. But owning lots of oil won't make you rich. It's understanding how oil can make you rich that brings wealth. For instance, crude oil is of little value until it is refined. That is a complicated process that requires science and equipment. It takes knowledge to refine oil and make fuel. Fuel is valuable and will make you rich. But you can't have fuel without oil."

Today, it's no different in the Information Age. You could have all the information in the world, but without knowledge, you would still be poor. The reason Mark Zuckerberg is such a success is because he has knowledge of what to do with information and knowledge of how to build technologies to leverage information.

For instance, Mark Zuckerberg has knowledge of Internet technology that enabled him to build Facebook. He also knows how to build a team and find people smarter than him to make Facebook bigger and better. Finally, he has knowledge that information is valuable for selling. Facebook excels at collecting your information, processing it, and selling it to advertisers who target their ads to make money off of you.

It is not the information that makes Mark Zuckerberg rich, it's his ability to process and leverage it. That takes knowledge. And knowledge comes from education.

Today, amidst the gloomy economic news, there is hope for you. We live in an age where wealth is abundant and accessible by everyone—including you. But you have to be financially educated to be able to process and leverage it.

I encourage you in this New Year to increase your financial IQ by increasing your financial education. Then you will be able to find the important information and have the knowledge to act on it.